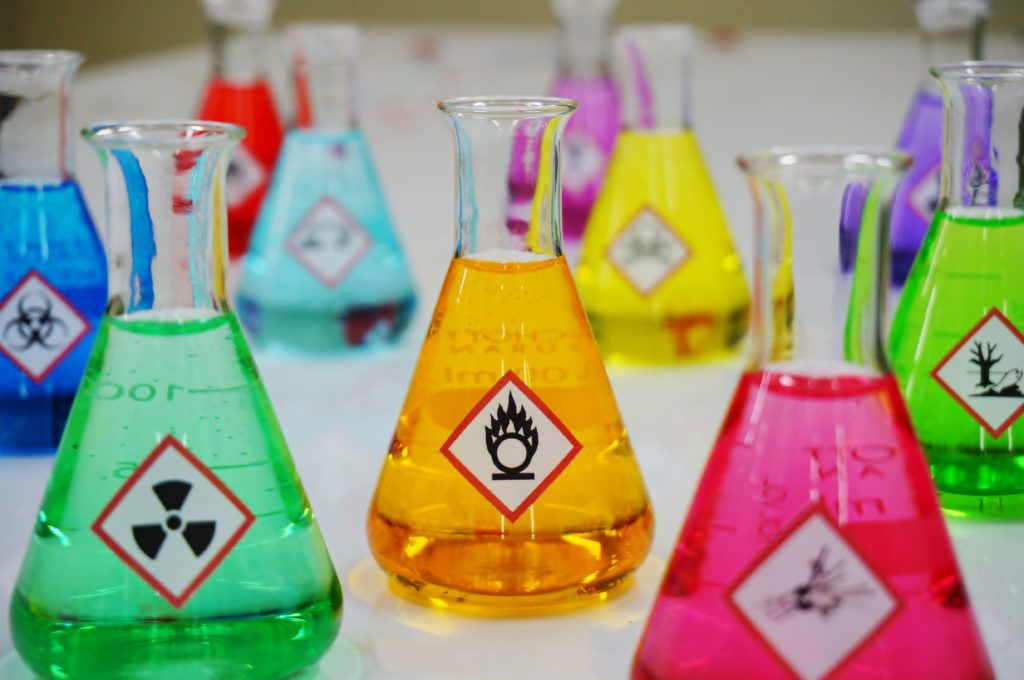 Most people will relate the word toxicology to popular medical dramas and crime shows on television. Dr. Richard Weber’s case of cobalt poisoning in the season 16 finale of Grey’s Anatomy is a good example of medical toxicology. While shows such as CSI, NCIS, and Bones depend on forensic toxicology to solve their crime-scene cases. Some of us may have also heard the word used in science laboratories while in high school. But what exactly does toxicology mean? The Merriam-Webster dictionary defines toxicology as “a science that deals with poisons and their effect and with the problems involved (such as clinical, industrial, or legal problems)”. The National Institute of Environmental Sciences (NIEHS) provides a more comprehensive understanding of toxicology:

Toxicology is a field of science that helps us understand the harmful effects that chemicals, substances, or situations, can have on people, animals, and the environment. Some refer to toxicology as the “Science of Safety” because as a field it has evolved from a science focused on studying poisons and adverse effects of chemical exposures, to a science devoted to studying safety. (n.d.)

The above explanation ties up very well with the impact of chemical hazards and toxins in the workplace. As industries continue to use more and more chemicals, pesticides, insecticides, and other toxic substances in farming, new product developments, carrying out day-to-day business operations, and undertaking specialized processes, workers are exposed to higher concentrations of hazardous substances that can adversely affect their health and well-being. Hence, the “Science of Safety” (NIEHS, n.d.) being attributed to the study of toxicology has become extremely relevant in today’s global context.

Occupational Diseases in the Workplace

Centuries ago, coal miners worked in highly dangerous conditions. They expected to catch some diseases (many which had no cure and more that they were unable to name) due to their exposure to poisonous gases and other hazardous substances while they earned a living. They were also well-aware that they could be fatally wounded or even succumb to their injuries due to a fall, a cave-in, the collapse of an underground mine shaft, or any other unknown and yet undiscovered hazard(s). These were accepted risks by personnel working in coal mines of yesteryear. While evolution and worldwide development resulted in better working conditions and the addition of safety aspects in the workplace, these early workers no doubt lacked the many safety and health guidelines enjoyed by today’s employees. After all, until 1970 workers in the United States did not have the benefit of the Occupational Safety and Health Administration (OSHA) or the National Institute for Occupational Safety and Health (NIOSH). While, today, the global working population benefit from the many dedicated institutions across countries and industries as well as the many international organizations that work to ensure their health and safety while at work. 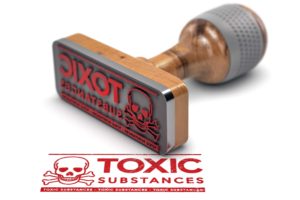 As such, today’s workers are better safeguarded from toxic substances in the workplace. However, progress has also brought about new occupational diseases and hazards, and exposed workers to new types of toxic gases, chemicals, and other substances that have been discovered or man-made over the years. These newly emerging toxins continue to plague workers causing new health risks and health effects even as state-of-the-art techniques are used to analyze the effect of these chemicals on human health. Concurrently, regulatory agencies continue to develop innovative safety protocols that must be ingrained as part of workplace health and safety plans.

While occupational health and safety has become an important and often mandatory consideration by employers, the increasing use of chemicals and toxic substances has resulted in increased health hazards and risks to workers. Thus, toxicology in the workplace continues to be an important factor in safeguarding employees from occupational diseases. Here are a few occupational disease groups that have been identified to exist in different industries and professions, many of which can occur due to the use or handling of toxic chemicals as part of job tasks.

How people react to chemical toxin exposure and develop occupational diseases varies. Human biology while the same still differs from person to person, males to females, and adults to children. Genetics, age, and pre-existing ailments also impact how chemical toxicity is absorbed by the human body. Hence, how one worker reacts to a poisonous substance may be very different from how a second or third worker is affected. Thus, toxicologists must consider these DNA and biological differences when developing occupational exposure data and setting parameters for toxicity data.

When employers embark on workplace risk-assessment to identify possible toxin contamination in work areas, exposure of workers to toxic substances and develop methodologies to safeguard workers from adverse impacts from pollutants, the following factors must be considered.

OSHA has identified the importance of toxicology in the workplace and enforces safety standards to be followed by employers. These requirements range from the number of chemicals and other hazardous substances that workers can be exposed to; toxic substance safe limits at a worksite; processes and practices that should be implemented; protective measures and equipment that must be used; the need for periodic toxicological testing and medical surveillance for workers; and the recording of workplace injuries, occupational diseases, and accidents due to the use of hazardous substances.

Accordingly, OSHA has developed Occupational Exposure Limits (OELs) for different air-borne toxins related to a range of occupations, industries, chemicals, and toxic substances. While stipulating Permissible Exposure Limits (PELs) which are based on 8-hour time-weighted averages (TWA), OSHA also specifies Ceiling and Peak limits which must be compulsorily adhered to by employers. While many of the details are available in the applicable sections of the General Industry, Construction, Shipyard Employment, Marine Terminals, and Longshoring regulatory standards, the most up-to-date information is available as an Annotated Table.

Other organizations have also established OELs that must be followed by employers in different industries where workers are exposed to various hazardous substances. For instance, NIOSH has developed Recommended Exposure Limits (RELs) for workers exposed to hydrogen sulfide and other chemicals and airborne toxins. For additional details refer to the NIOSH Pocket Guide to Chemical Hazards. 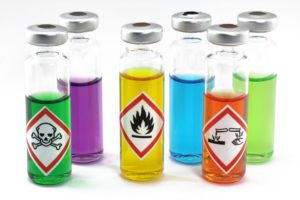 How Can Workers Learn About Toxicology in the Workplace?

The increased exposure to chemicals and other hazardous substances in activities such as mining, hazardous waste operations, pharmaceutical research, oil and refining, manufacturing operations, chemical production, waste treatments, etc., has resulted in a heightened focus on educating workers employed in these industries to identify, understand, and know how to protect against exposure to toxic substances and emergencies. OSHA has also identified workers involved in hazardous waste operations as being at greater risk of toxicity exposure. As such, OSHA provides extensive guidance through its Hazard Communication Standard (HCS) on the information that must be shared with and available to employees who work with or may be exposed to toxic substances.

OSHA’s requirement to train workers before they start work at construction sites and other worksites exposed to hazardous substances ensures that employees will receive relevant training on toxicology. The subject of toxicology is covered in several of our training courses such as the HAZWOPER 40 Hour, the HAZWOPER 24 Hour, and the HAZWOPER 8 Hour Refresher. Aspects of toxicology related to different hazardous substances such as asbestos and hydrogen sulfide are included in subject-specific training courses developed by us.