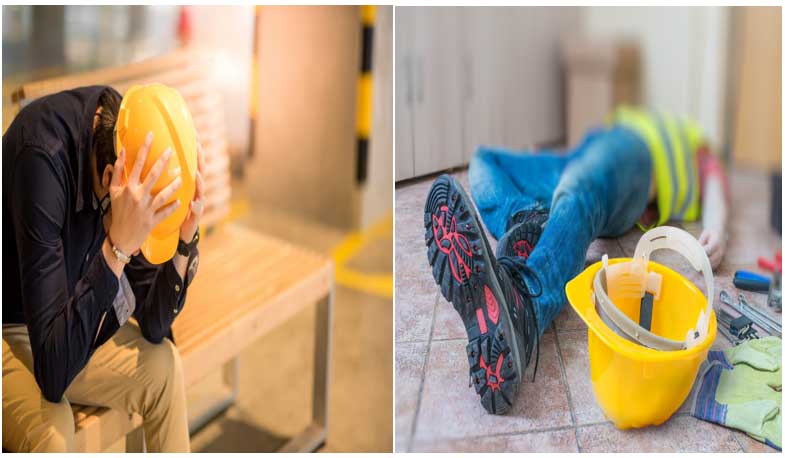 Did you know that sleep can mimic alcohol intoxication? A person who loses 2 hours of sleep from a normal 8-hour sleep schedule performs similarly to someone who has had 2-3 beers! It is a well-known fact that trying to drive, work, or otherwise function while influenced by a substance (or fatigue) endangers not only your own life but also those of many other people.

This seems to be the perfect time to talk about this issue since this week at 2 a.m. Sunday, November 3rd, the standard time returned across most of the United States. With the time shift, it’ll be lighter earlier in the morning and darker earlier in the evening. Hopefully, you all enjoyed the extra hour of sleep accompanied by the Daylight Saving “Fall back.”

However, even though November 3rd did give us an extra hour of needed sleep time, most Americans don’t get enough sleep in the first place, which makes them vulnerable to fatigue and workplace injuries. Fatigue affects every workforce, even though, there may not be obvious signs of this deadly problem. Fatigue decreases a worker’s ability to think clearly, make informed decisions, and be a safe and productive worker. In our competitive, 24/7 society, people sacrifice sleep to make time for other activities such as work or family. But many don’t realize just how much sleep deprivation or fatigue affects workplace safety and job performance.

So, what is "fatigue" in an occupational setting?

Several factors including too little, poor quality, or interrupted sleep over a period of time can cause fatigue. Fatigue is the body's signal that a rest period is needed. Demanding work schedules, extended work hours, and irregular shifts may disturb the body's natural sleep/wake cycle, leading to increased fatigue, stress, and lack of concentration.

According to the National Safety Council (NSC), a 2014 meta-analysis of 27 observational studies estimated that up to 13% of injuries in the workplace could be attributed to fatigue. According to OSHA statistics, accident and injury rates are 18% greater during evening shifts, and 30% greater during night shifts when compared to day shifts. Research indicates that working 12 hours per day is associated with a 37% increased risk of injury. Decreased alertness from worker fatigue has been a contributing factor in industrial disasters, such as the 2005 Texas City BP oil refinery explosion, the 2009 Colgan Air Crash, the explosion of the space shuttle Challenger, and nuclear accidents at Chernobyl and Three Mile Island.

OSHA recommends the following measures to promote a restful and healthy sleep pattern: