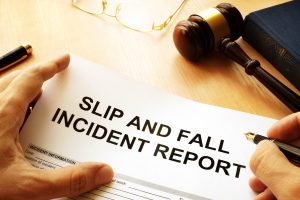 Pennsdale, PA – A wholesale meat processing business in Lycoming county, Economy Storage Locker Co. Inc. has been penalized by the Occupational Safety and Health Administration (OSHA) for safety violations that were found after an employee died by falling into a commercial meat grinder. The incident resulted in OSHA penalties of $49, 062 for the company.

According to Lycoming County Coroner, on April 22nd, Jill Greninger, 35, of the Williamsport area, was killed instantly when she fell into a meat grinder. Williamsport Sun-Gazette reported that Greninger was standing on a set of stairs with wheels, some 6-feet off the ground. However, it is unclear if she fell into the grinder or was pulled into it as she was perhaps reaching for something in the grinder since no one witnessed the incident. Another co-worker heard an odd sound from the machine, turned it off, and called for help. Firefighters responded to the scene but the employee was already dead.

According to the Pennsylvania Real-Time News, investigators from the Occupational Safety and Health Administration were on the scene following the incident and found that the company had exposed employees to hazards by operating the grinder with an open lid where the operator had been exposed to the rotating mixer paddles.

Other violations that go beyond the incident include:

Economy Storage Locker Co. Inc. has 15 days to appeal against these citations and penalties.