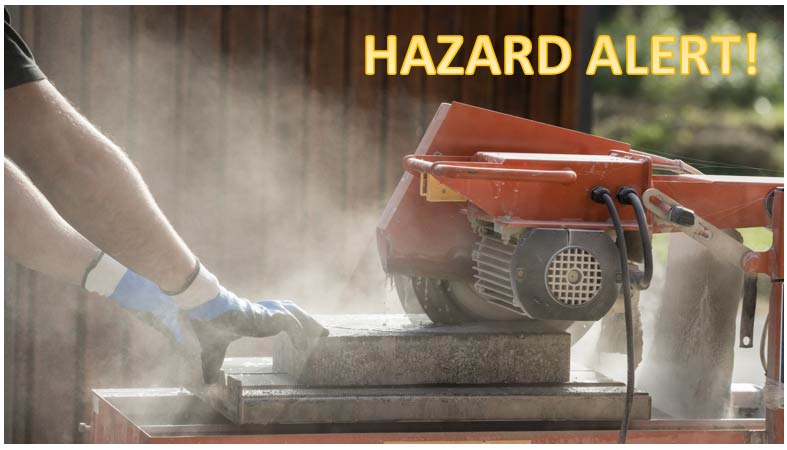 As per the statistics provided by the Centers for Disease Control and Prevention (CDC), recently 18 cases of silicosis, including two fatalities, have been identified among workers in the stone fabrication industry in California, Colorado, Washington, and Texas. Many of these workers were less than 50 years of age and worked primarily with engineered stone materials.

Engineered stone countertops, also known as “quartz surfacing,” are made from quartz aggregate held together with a resin binder. These materials are similar in appearance to natural stone such as marble and granite. Engineered stone has become increasingly popular in home building for use as kitchen and bathroom countertops. Cutting, grinding, polishing, and drilling of engineered stone materials results in the release of silica dust into the air. Inhalation of silica dust can lead to silicosis.

Silicosis is a progressive, debilitating incurable disease characterized by permanent scarring of the lung tissue. Silicosis typically occurs after 10 or more years of exposure to respirable crystalline silica. Other diseases associated with low-level exposure to silica dust include lung cancer, chronic obstructive pulmonary disease (COPD), and kidney disease. Exposure to silica dust is also associated with the development of lung infections, autoimmune disorders, and cardiovascular impairment.

Silicosis is a preventable condition. Based on the hierarchy of controls, engineering controls and work practices are the most effective means of preventing worker exposure to respirable silica dust. Engineering controls such as wet methods and ventilation should be used to control exposure to silica dust. Work practice controls, such as appropriate housekeeping procedures, can also be used in conjunction with engineering controls for employee protection. NIOSH-approved respiratory protection should be provided to employees when silica dust in the air reaches hazardous levels. However, personal protective equipment, such as respirators, are the least effective control measure.

OSHA Respirable Crystalline Silica standard for construction (29 CFR 1926.1153) and Respirable Crystalline Silica standard for general industry and maritime (29 CFR 1910.1053), requires that engineered stone countertop workers exposed to hazardous levels of silica dust must be examined by a licensed healthcare provider. Where healthcare providers suspect that a worker’s health problems are associated with exposure to silica dust, they should report the case to their local or state health department.

According to the CDC, in 2018, there were nearly 9,000 establishments with 96,000 employees in the stone fabrication industry in the United States.  As many of these employees probably have not undergone medical examinations yet, it is likely that additional cases of silicosis remain unidentified in the United States.

Click here for more information on this - HAZARD ALERT!