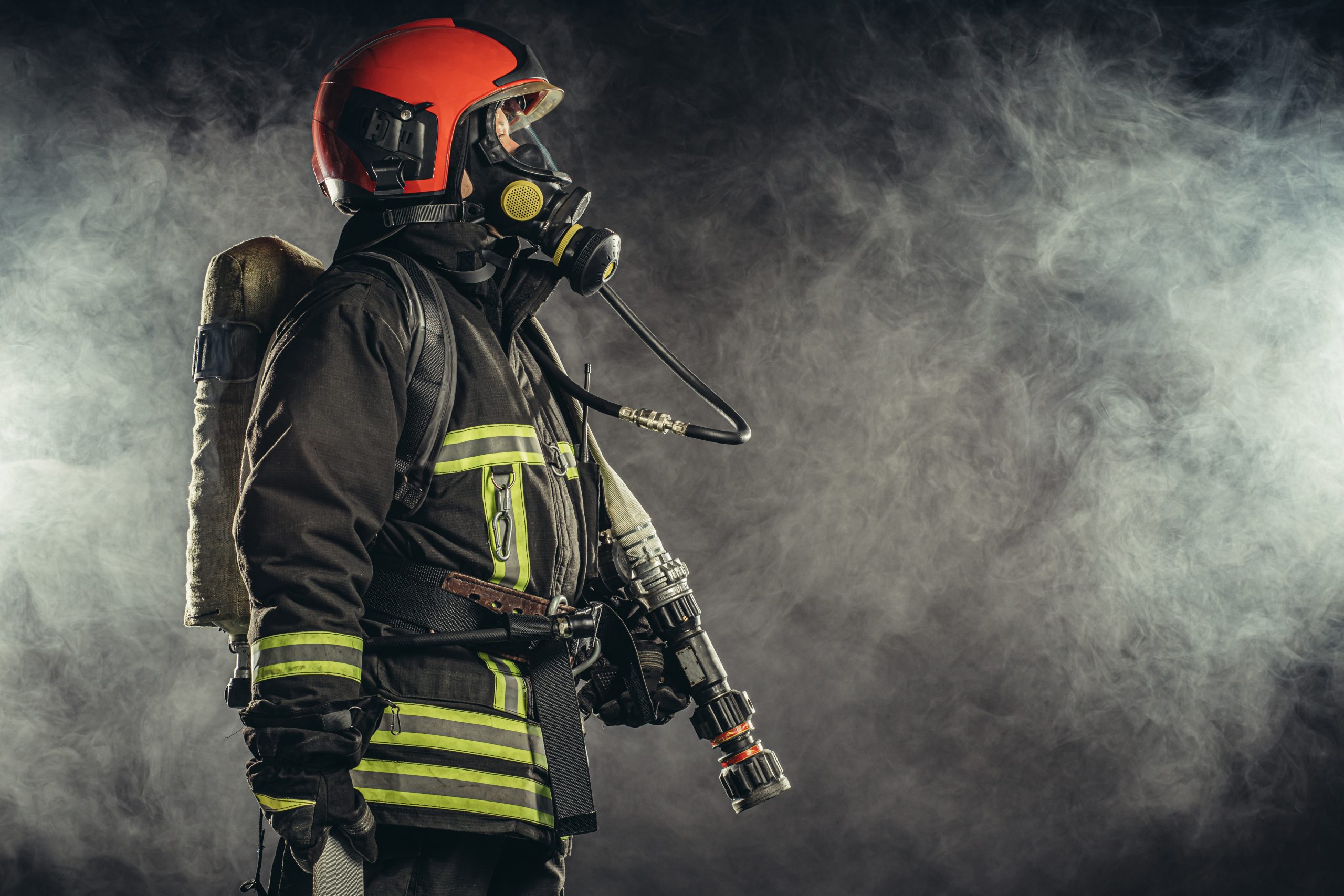 CBRNE is an acronym for Chemical, Biological, Radiological, Nuclear, and Explosive materials. CBRNE refers to events characterized by the uncontrolled release of chemical agents, biological agents, and radioactive contamination into the environment or explosions that can cause widespread casualties and mass disruptions within society. CBRNE events may be accidental or acts of terrorism.

CBRNE events pose serious short-term and/or long-term hazards to emergency first responders and members of the general public. To safely and effectively respond to incidents involving CBRNE agents, first responders must be trained to recognize and mitigate the hazards associated with such events. On the same lines' training and awareness for the general public to respond to a CBRNE event is vital.

1. Chemical Agents include the following:

2. Biological Agents: These consist of a biologically-derived toxin or pathogen used to inflict lethal or incapacitating causalities. For example, anthrax, plague, ebola, and flu.

3. Radiological Agents: These agents emit ionizing radiation above normal background levels. For example, a "dirty bomb" is an explosive device surrounded by or contaminated with radioactive material.

4. Nuclear Agents: These weapons release a large amount of energy upon explosion and lead to mass casualties, destruction, and radiation poisoning for the survivors.

Emergency responders must be provided with appropriate respiratory and dermal protection from a suspect or known chemical, biological, radiological, and nuclear (CBRN) hazards. Appropriate selection of PPE for responders is dependent upon the hazards known or anticipated, and the probable impact of those hazards based on the role of each individual in the response operation.

An appropriate combination of respirator, protective ensemble, and other equipment must be selected based on a conclusive hazard assessment at the scene. To this end, the National Institute for Occupational Safety and Health (NIOSH) has developed performance-appropriate standards and test procedures for several different classes of respirators that will provide respiratory protection from inhalation hazards posed by CBRN agents.

Since 2001, the U.S. Department of Health and Human Services (HHS), Centers for Disease Control and Prevention (CDC), and NIOSH have established performance and design standards for respiratory protective devices (RPDs) to protect against chemical, biological, radiological, and nuclear hazards and toxic industrial chemicals. The driving force behind the development of these standards was the concern of the first responder community that neither industrial nor military respirators met their specific needs. Therefore, NIOSH joined forces with several other federal agencies to provide research and testing to produce the necessary standards for respirators that would be approved as protection against CBRN agents. 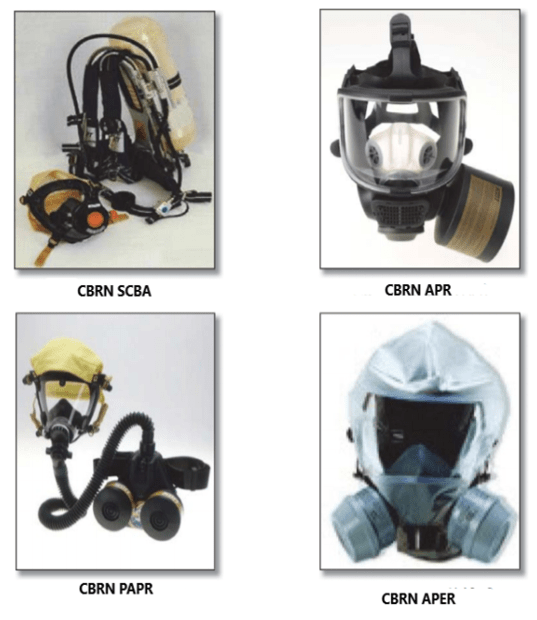 This standard specifies minimum requirements to determine the effectiveness of open-circuit, positive-pressure self-contained breathing apparatus used during entry into CBRN atmospheres characterized by exposures at or above Immediately Dangerous to Life or Health (IDLH) levels, or entry into unknown atmospheres.

This standard specifies the minimum requirements to determine the effectiveness of full facepiece air-purifying respirators that are used during entry into CBRN atmospheres not Immediately Dangerous to Life or Health. This type provides a lower level of protection than the SCBA and its use is allowed only when conditions are understood and exposures are determined to be below IDLH levels.

This standard specifies the minimum requirements to determine the effectiveness of air-purifying escape respirators used by the general working population during the escape from terrorist events involving possible CBRN agents.

This standard specifies the minimum requirements to determine the effectiveness of tight-fitting and loose-fitting powered air-purifying respirators used during entry into a CBRN atmosphere not Immediately Dangerous to Life or Health (IDLH). Tight-fitting CBRN PAPRs are designed for use by first responders, and loose-fitting CBRN PAPRs are designed for hospital first receivers.

In response to the specific needs of emergency responders, NIOSH continues to develop approval criteria for various additional types of respirators to provide an appropriate level of protection to personnel while performing rescue and recovery operations during HAZMAT incidents and terrorist activities.

NIOSH maintains an online version of the Certified Equipment List. This list is a tool that assists respirator users, safety managers, industrial hygienists, and others to determine if the respirator they are currently using or considering using is NIOSH-certified or not.

Respirators for Use in Occupational Settings